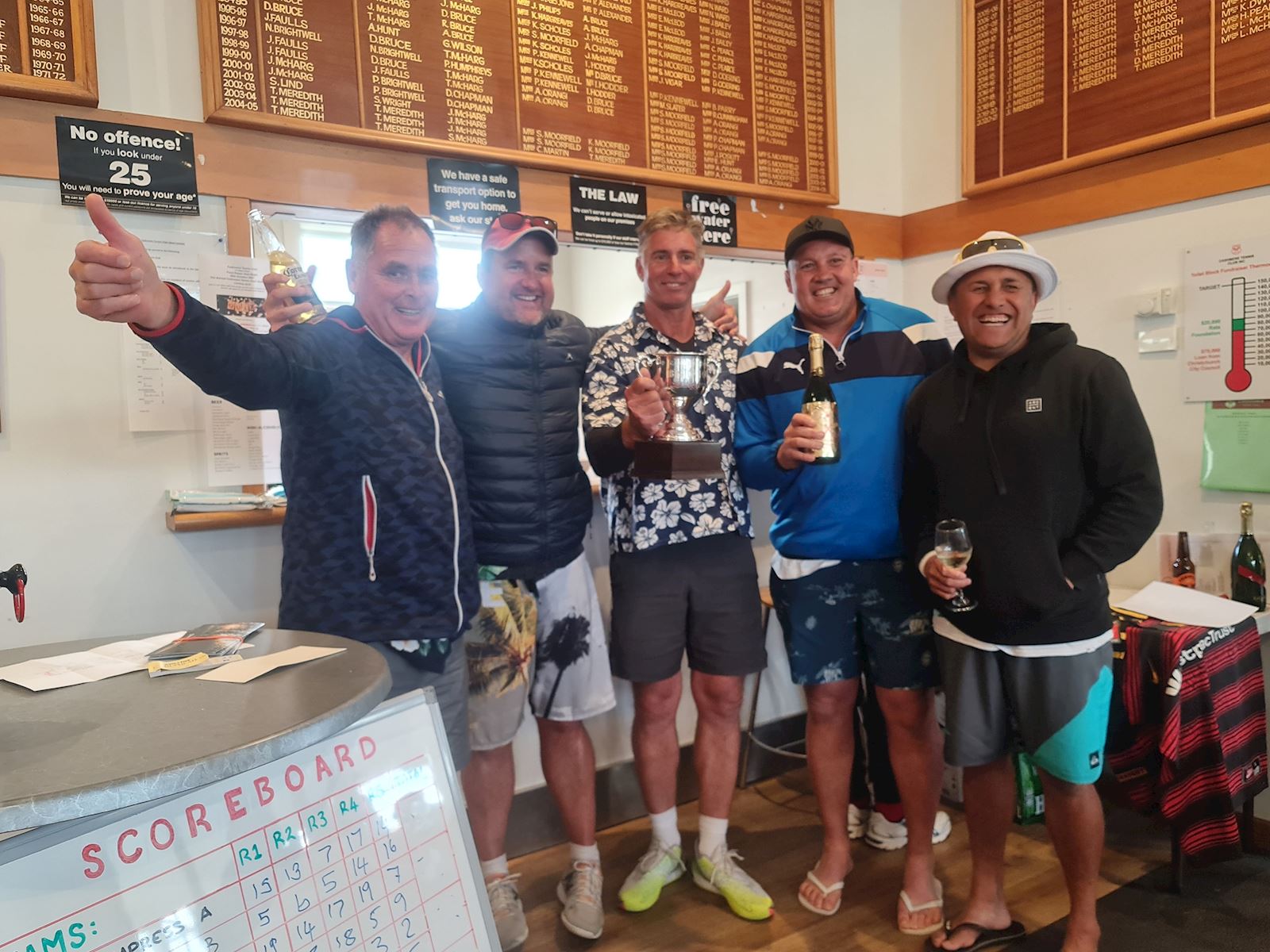 Back in September 2021,  I was approached by Mr. Stu McHarg, a long–standing and well known identity and stalwart of the Cashmere Tennis Club.

They were organizing a fund raising Open Tournament, by invitation only, for the purpose of re-laying two of their courts .

I was asked to put a team together to participate, there being some strict criteria: Must be able to play tennis, be able to get on and socialise with other players, umpire their own games fairly , and enjoy a good day out.

This was an easy challenge, given that there are around 350 club members to choose from at Sumner .\

I eventually found 4 willing participants , finely tuned atheletes and very humble ! They agreed to get into the spirit of the day and dressed up In a beach flavoured attire

The format was simple , 48 players into 12 teams

The first matchup was the  4 players playing each other , then playing against other teams for 30 mins with each team accruing points .

Cashmere Club had loaded their teams with some of their premier players , but , as in true Sumner stile, the Sumner team flew under the radar and won the tournament !

A truly meritorious result , one which made all very proud !

The players representing our club were; John Tainui , Leighton Murray , Glen Ratter and H  , a former member of Cashmere , whose legal mind and sharp repost claimed one victory when Mr. McHarg tried to claim the match !

A new trophy was presented to the players.

Many thanks to Cashmere for inviting us over , the players  being described as burglars , but nice burglars !