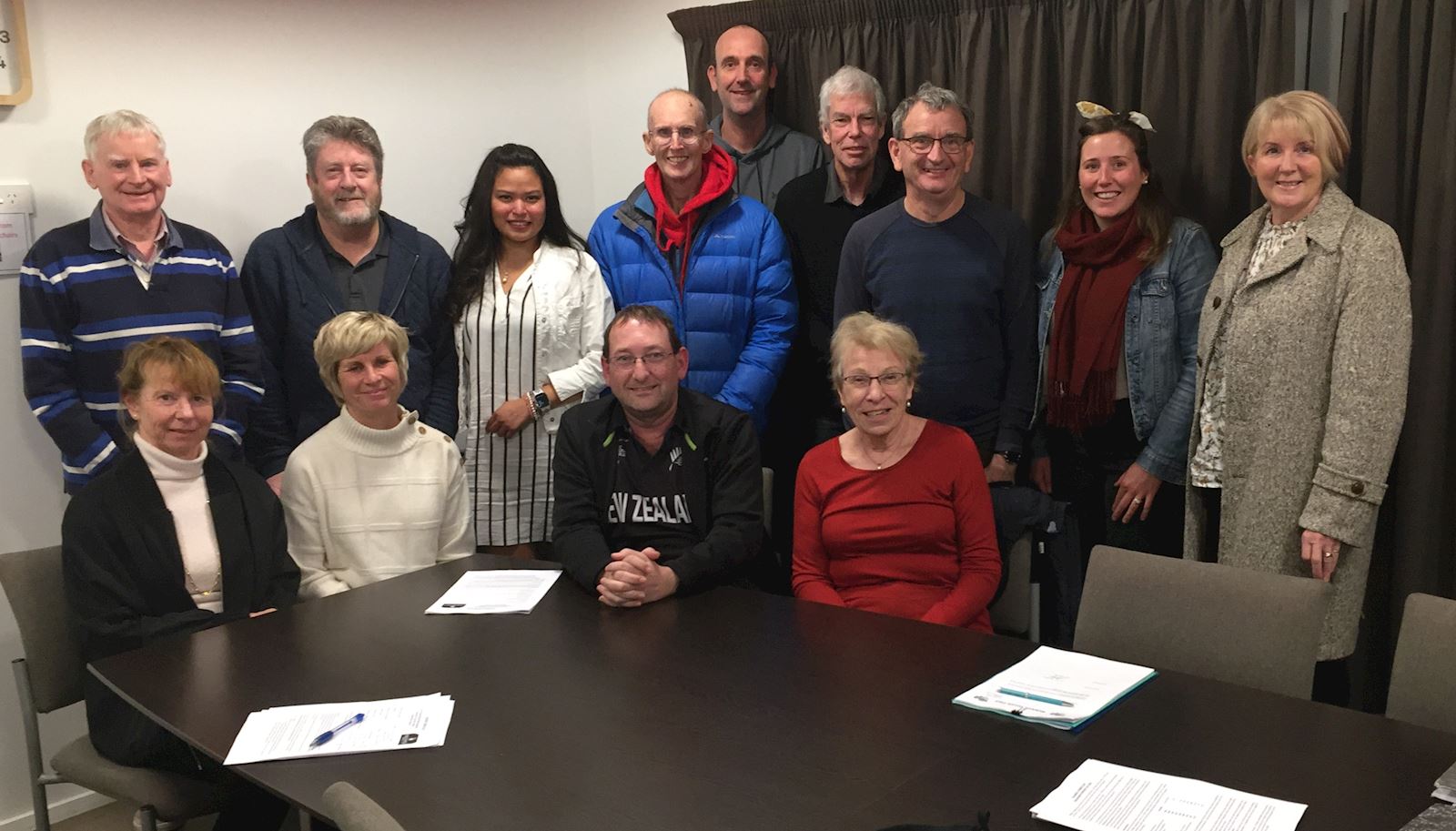 The 112th AGM was held on Sunday 25th of July at Craythornes in Halswell.

Thirteen members attended meaning that a quorum was present.

This year Halswell Tennis Club members have experienced another successful and rewarding season of both competitive and social play, which unlike in 2019/2020 season, has been a full 12 months of summer and winter tennis. Our membership is now 165 players with both the midweek and weekend seniors gaining new members. This means that our 5 courts are now being fully used between social and competitive tennis.

Following on from the Covid 19 disruption of last season, our club’s Junior and Senior members continued to be involved in Tennis Canterbury interclub competitions. Our senior members played in 6 teams, being 3 mens, 1 womens and 2 mixed. This was the most teams that we have had in recent years and it’s a great club achievement to have so many players participating and three of the senior teams came 3rd in their respective grades.

Our Mid-Week players also fielded 3 teams in their interclub competition where all performed well, and the level of enjoyment seen was a true measure of their success on the court.

Halswell Tennis Club had 8 junior interclub teams competing in age group competitions. From these players, 3 teams qualified to play in their grade Top 4 playoffs with 1 winning and 2 being runner-up’s. The other teams mostly ended up middle table in their grades. Our junior teams’ achievements and successes reflect upon the strength of the junior coaching programme at the club. This encompasses the dedication of our Junior Administrator, the professionalism of the coaches, and the support given by the team managers and the parents.

Although our club had a reported loss this past financial year, due to increased repairs and maintenance, our club is still in a strong financial position. In recent years, the club has been very successful in securing grants for the NZ community Trust and from Air Rescue Trust. These support our club by funding repairs and maintenance as well as junior coaching. Without these the club would of had to utilise funds from our term deposit. With COVID our funding has decreased compared to previous years, and with the uncertaintly of funding applications going forward as well as the reported loss this past season it was put to the AGM to increase subscription fees for the 2020/2021 season. This was passed and fees were increased on average $20-$30 (see membership section for updated pricing).

The Halswell Tennis Club thanks the committee for another successful season. Particularly the club captain Dean Schembri who continues to be very proactive in bringing ideas, enthusiasm and playing opportunities to all club members through the season and into the winter months. A big thank you also to Hamish Mitchell for taking on the Junior Administrator role during the season. It can be challenging at times, and we are very grateful to you for your dedication to that role.

Now looking ahead to the 2021-22 season. The committee welcomes your suggestions and feedback and look forward to enhancing member’s experiences at the club. Thank you all for contributing to a very successful and enjoyable tennis season at our club.

The AGM was followed by dinner at Craythornes.