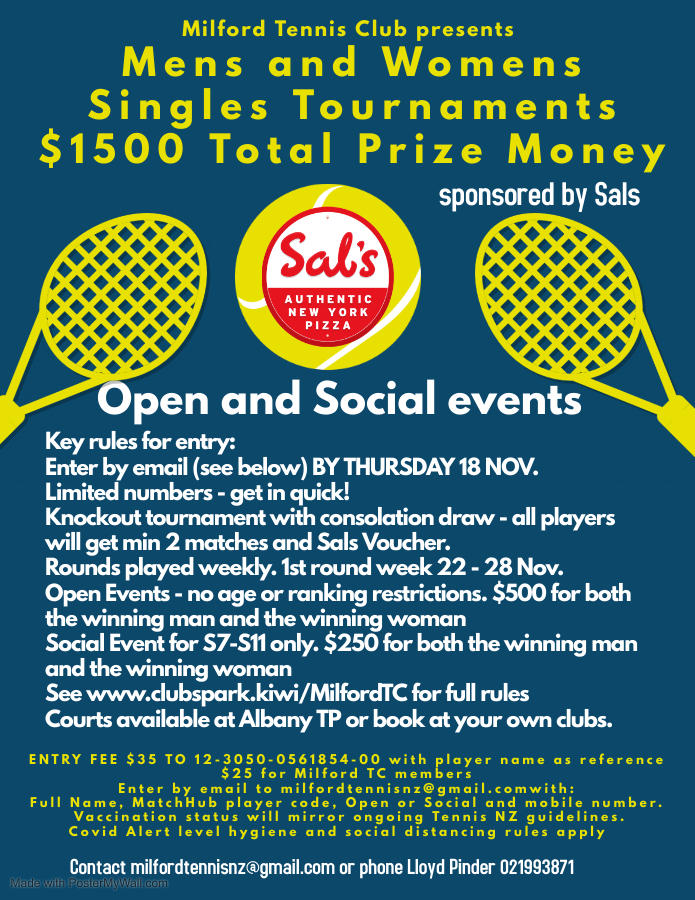 No age or ranking restrictions for the Open Tournaments. Elite Juniors and those who play Senior Interclub are welcome to enter. $500 for winning man and winning woman