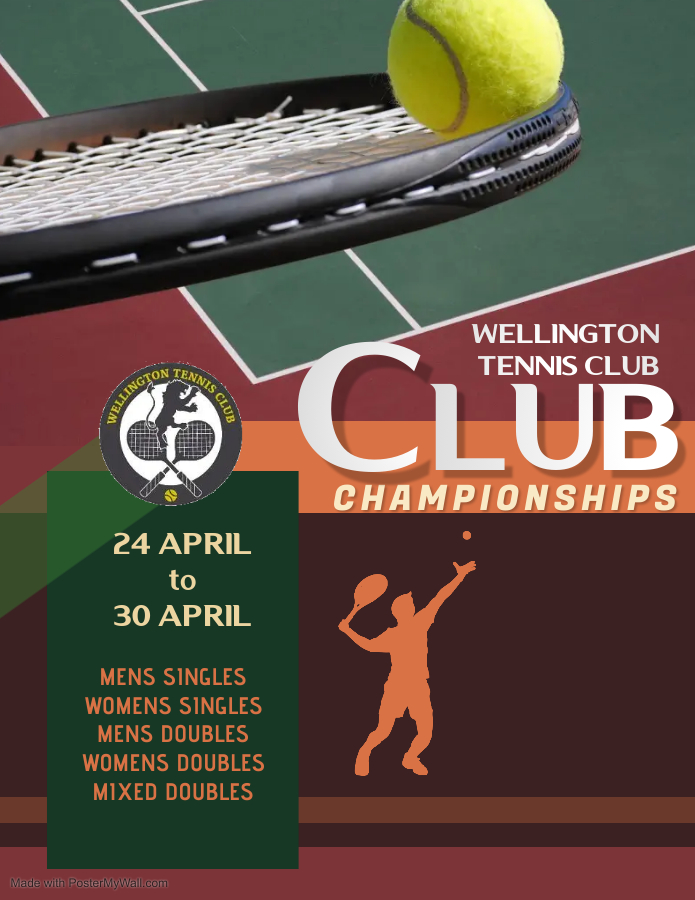 Matches on Saturday 29th April will commence from 9:00am

Finals for all draws will be played Sunday 30th April.

Registration will open early April 2023 and is open to all senior members.
Draws will be published on the website once entries to all draws have closed.