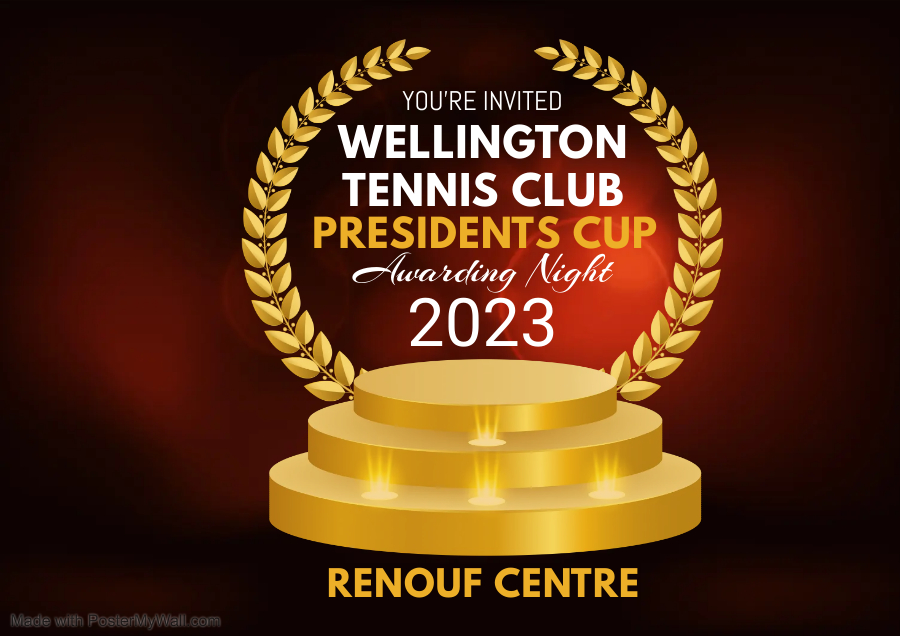 Details about this event coming soon.

2022 saw the launch of the Presidents Cup Awards event.  This event is to acknowledge significant contributions to the club or members who have had significant achievements on the tennis court. 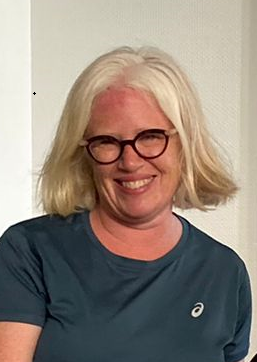 Jude Varcoe
The Coaching Program at Wellington Tennis Club is vital for helping juniors and new adult players develop their skills.  With the departure of our former club coach, the vital service to our junior and development adult tennis players was at risk.  To fill this void, Jude quickly created a proposal based on a financial analysis on how as a club we could temporarily manage the Coaching Program in house at a small profit.  Due to this fantastic proposal we as a Club were able to maintain a Coaching program for the 2021/22 season, buying us time to pursue a more permanent Club Coaching solution.

Volunteer of the Year

The Volunteer of the Year is awarded by the Wellington Tennis Club Committee to members who have provided services to the club above and beyond their duty as members. 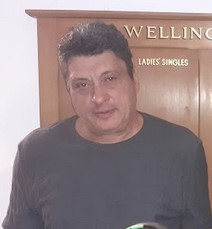 Maurice Fearon
Maurice provided a significant amount of his time to replace the lights on courts 1 & 2   with new LED lights, provided new supplementary lights for court 3 (free of charge), assisted with the installation of the Sunshade, as well as other maintenance activities around the club. 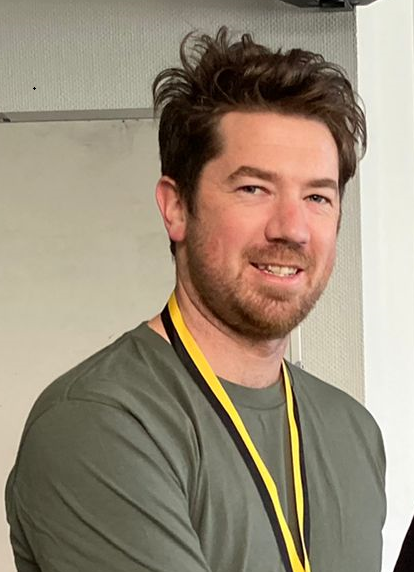 Marcel Glover
Marcel captained our Premier 1 Mens team to one of our strongest seasons in recent time, culminating in reaching the Premier 1 Grand Final against Avalon.  Behind the scenes Marcel, put in significant amount of time organising the team as some of the players travel from Palmerston North and Marlborough, as well as developing the younger members of the team through his expert coaching.

Social Player of the Year 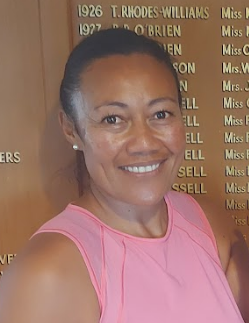 Asoiva McKavanagh:
Aside from Asoiva's bubbly personality making new members feel at home, Asoiva had to spend some time on the sideline recovering from an injury.  This didn't stop Asoiva from turning up to Club Day and relieving the duty person, so they could take part in the games.  While doing this Asoiva also ensured that afternoon tea was provided for the members and guests to enjoy.

Interclub Player of the Year Kyna Decruy
Kyna had a very successful 2022/23 season.  On the ITF circuit, Kyna reached the semi-finals in doubles at Auckland & Wellington, whilst reaching the quarter-finals in doubles at Christchurch & Ashburton. For the club Kyna captained our Premier 1 Womens team admirably and won 5 out of 6 matches in the pre-Christmas competition and 3 out 4 mathces in the post-Christmas competition.  Kyna also had a successful Wellington Tennis Club Championships by taking out the Women's singles title.