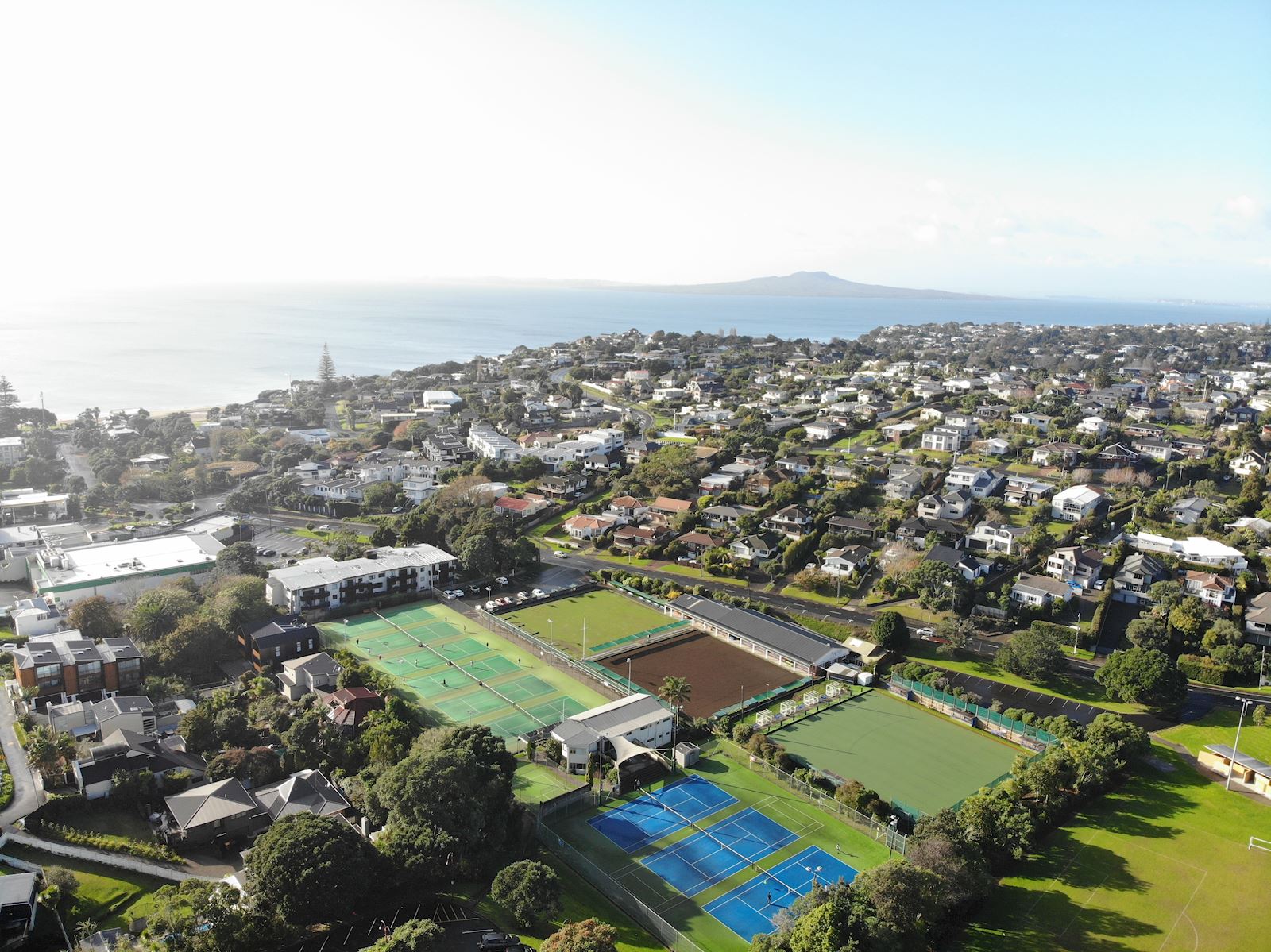 Welcome to our club. We have over 400 members and cater for all levels of play from social to interclub. We have nine quick-draining artificial grass courts which are densely woven to eliminate the surplus sand you see on some other surfaces. Our LED floodlights on all courts allow for play well into the night. Excellent advance court booking facilities are available and swipe cards are available to access clubhouse facilities at any time.

Mid Week Social Tennis: This is organised on Wednesdays & Fridays from 9-11.30 am. A passionate bunch of members fill up six courts on both of these days year-round! There is usually tea and coffee after each session.

Club Night: The club committee runs a social night most Wednesday nights from 7-9 pm. Players participating in the night range from social to interclub players. The bar is open for a drink or two as well.

Social Events: These are organised by the main and mid-week committees and run predominantly during the summer season. Have a look at the events page to keep up with these tournaments: Events

Senior Interclub: Days vary based on grades. We participate in the North Shore Competition in most grades from premier to social grades. Competitions include Men's/Women's Singles and Doubles as well as Mixed Doubles. The competition runs from September until April each year.

Junior Interclub: Days vary based on grades. We participate in the North Harbour Competition in most grades from premier to beginner grades. Juniors aged 9-18 are eligible to play in the competition. Age categories begin at 10 and under which is a mixed competition. All other competitions are split into boys and girls grades 12u, 15u, 18u, and Premier/Elite. The competition runs in two halves with the first competition running pre-Christmas (October to December) and a second competition post-Christmas (February to April).

Mid-Week Interclub: Played on Monday or Tuesday mornings.  Our teams range from premier through to social grades. The competition runs in two halves with the first competition running pre-Christmas (October to December) and a second competition post-Christmas (February to April).

Club Championships: The tournament is run in March/April each year to determine who are the best Junior and Senior players within the club. Junior club champs have the following categories: 10u Mixed, Boys/Girls 12u, 14u, 16u, and 18u. Senior club champs have the following categories: Men's/Women's open singles and doubles, mixed doubles, and 120+ women/men/mixed doubles. Plate competitions are run for those who lose in the first round of most competitions.